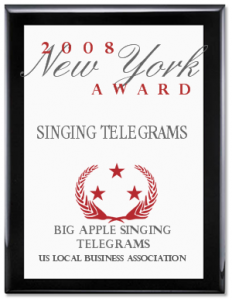 Featured on an upcoming episode of “Star Treatment” on A&E, this show will feature service industry who cater to star clientele.

Est. 1979, Manhattan. 24 years of “Guranteed Laughter” Goriallas, French Maids, Elvis, Marilyn and Sinatra, we have them all! 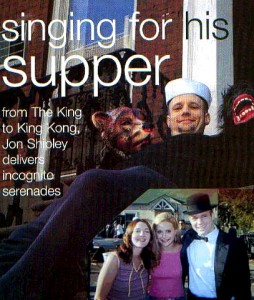 Shipley has performed as Elvis, a chicken, a pink gorilla, and even a UPS man in the midst of million dollar deals on the New York Stock Exchange floor… sometimes goes out as a humorous and silly singing cop… because “people love the handcuffs and often want to keep them.”

Excerpt from interview in Spotlight Magazine

Quote of the month

“Thank you sooo much! That was the first time I’ve ever received a singing telegram (and probably the last). You are awesome.”
Thanks again,
Sarah

Please enter your username or email address. You will receive a link to create a new password via email.
LoginRegister